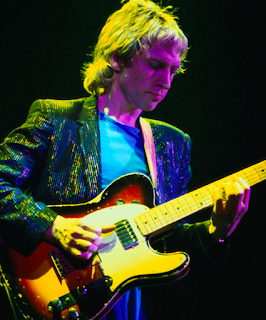 Andy Summers was working as a classical guitar teacher in the early 1970's when one of his students offered to sell him a highly modified 1961 Fender Telecaster.  Andy purchased the beat up customized Tele for $200, and it became his main guitar throughout the history of The Police.

His unique and influential sound was based on the modified electronics including a phase switch, humbucker in the neck position, an on-board preamp and built-in overdrive.