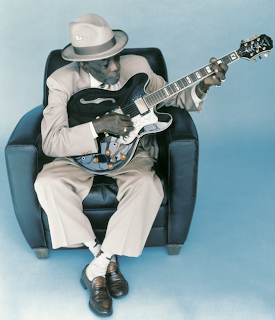 Hooker played many Gibson ES-335 or ES-345 type guitars, but is most closely identified with the Epiphone Sheraton II, which had a stop tailpiece versus the original (introduced in 1958) Sheraton's "Frequensator" tailpiece.