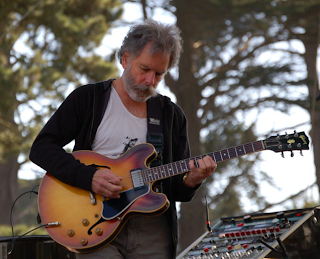 Bob Weir of the Grateful Dead has played many guitar brands in his career including Ibanez, Guild and Modulus, but is most notably associated with a 1959 sunburst Gibson ES-335 that he acquired in the late 1960's and played extensively during the classic Dead era of the late sixties and early seventies.