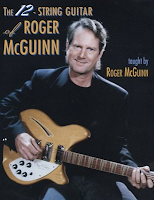 "We went as a group to see 'A Hard Day’s Night' multiple times and were totally taken with The Beatles. I liked George Harrison’s Rickenbacker 12, but I couldn’t find one that looked like his with the pointy cutaways, so I bought the blonde 360 model.

I thought it was beautiful, like a golden palomino and the checkerboard binding reminded me of Gene Autry or Roy Rogers. I loved that guitar and played it eight hours a day."

"It was later stolen and I discovered that it was auctioned off in England for over $100,000. Given the statute of limitations and the difficulty in dealing with laws in a foreign country, there wasn’t much I could do, even though I considered myself the legal and rightful owner."